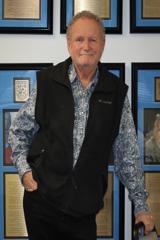 Look up “referee” in any dictionary and you will find two things: 1. Ref-er-ee, an official who watches the game or match closely to ensure that the rules are adhered to and to arbitrate on matter arising from the play. AND 2. A picture of Milo Slater (also known as the one-name-wonder MILO).

Milo was born and raised in Tulsa, Oklahoma. He graduated from McClain High School, attended the University of Tulsa and married his high school sweetheart Patty. His children, Shawn and Brandy, both played soccer and are, in fact, responsible for Milo’s initiation to the game. Patty came home from enrolling Shawn on a team and she was told they needed someone to referee in order for Shawn to play. “Tag. You’re it.” And so Milo’s soccer career began.

Milo has been a key figure in developing and supporting all aspects of soccer in the State of Oklahoma. He’s held the position of Club President, Area Referee, State Director of Assessors, State Referee, State Assessor, NISOA College National Referee and National Assessor. Milo and Patty also sat on the committee which founded the

Milo’s greatest contribution to the game has been his ability to provide other referees a different perspective to the game by giving them options on handling situations. “I tell people the reason I believe that I am a good assessor is because as a referee I have made every mistake that can be made. The only difference between me and others is that I learned from my mistakes.”

Milo’s words of wisdom for the upcoming soccer generations are simple, “Work hard, prepare, train, educate yourself, find a mentor and follow them. Watch and learn from others whether good or bad.”

Arriving in Oklahoma in 1980 to work for Amoco as a computer programmer, Wilbert Maximore quickly found a way to continue doing what he really loved: coach soccer. From a family of 17 children, Wilbert began playing soccer at the age of 4 in Paynesville, Liberia using a soccer ball of rubber and cloth, sometimes even a grapefruit. After graduating high school from Ricks Institute in Liberia, he joined relatives in the United States and attended college at Hunter College in New York and then Black Hills State College in South Dakota where he coached a club team.

It did not take Wilbert long to find an opportunity to coach in the Tulsa area after moving to Oklahoma from Indiana. Shadow Mountain Soccer Club’s Jim Hildebrandt offered an assistant coaching position with Hildebrandt’s son and their U10 boys’ team. That became a springboard for Wilbert to teach young players the game he loves. “The skills and development of the players are important,” says Wilbert. “Each player is different and I want them to utilize their potential for their best.”

Along the way Wilbert has coached boys, girls, adult men and adult women and had success at nearly every level he became involved with. He coached the Tulsa Rowdies to a Region III championship in the Over 30 women’s bracket and guided his U16 boys’ team, Sandien, to a defeat of Club American in the spring of 1988. Those accomplishments led to his selection as National Soccer Coaches Association of American to name him National Youth Coach of the Year in 1988 and to the US Youth National Coach of the Year in 1988.

His skills at player development have been recognized by US Youth when they requested his input in the development of a curriculum for the U7 through U10 player.

As the Tulsa soccer scene changed, Wilbert created the Blitz United Soccer Club in 1993, a competitive club within Tulsa United Soccer Club to match his philosophy of teaching players soccer skills, a love of the game, and to believe in themselves. His leadership as coach, club head coach, and Director of Coaching for his club has led the club to years of accomplishments in both league play and state tournaments. Blitz United has won championships at OSA’s State Cup for 6 consecutive years, President’s Cup championships for 7 consecutive years, and had finalists in the state cup for 12 years.

A tireless worker for the development of soccer in Oklahoma, Wilbert is a constant fixture at nearly every soccer event in the state where his club’s teams are playing. He enjoys discussing the game with nearly anyone who wishes to talk to him. All of this is Wilbert’s way of making the game of soccer something that players will love and will share with the generations of soccer players to come. 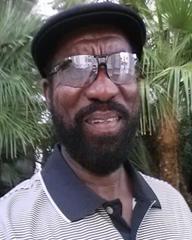 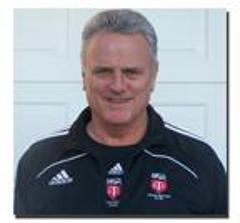 Steve Earle’s journey to Oklahoma for the Feltham, Middlesex native began with his playing days for various school teams and eventually signing with Fulham. Finishing his English Premier days with Leicester City after playing more than 425 matches, Steve came to the United States to play in the North American Soccer League for Detroit. After a year with Detroit, Steve joined the Tulsa Roughnecks and eventually became an assistant coach with Terry Hennessey.
“The progression to coaching was a natural one for me,” says Earle. He earned his English Football Association badge early and often coached school age teams in the afternoons while he was a professional player. Steve was with the Roughnecks when they won the 1983 NASL Soccer Bowl and stayed in Tulsa to coach the indoor team. With his professional experience, Steve’s insight to the game allowed him to share that knowledge with young players. He began putting on camps and coaching teams at the club level. He continues to coach today with Tulsa Soccer Club and works with the Olympic Development Program in OSA as a scout identifying up and coming talent.

Referees respected Steve’s knowledge of the game and many came to appreciate his humor from the touchlines. With his infamous pith helmet, Steve patrols the area using motivational strategies to boost his team’s play. One example of this technique came with an ODP team trailing South Texas 3-0 at the half. Steve told the team: “I don’t mind losing a match, but I do mind losing because you didn’t show up - so far no one has shown up.” The team went out and tied the match in the second half.

The Earle family of wife Jackie and sons’ Steve, Jr. and Jamie remain close to the Tulsa area and the Oklahoma soccer scene. Jackie commented that “Steve is proudest of placing over 300 young men on scholarships over the past 25 years.” Steve now considers Oklahoma his home. “This is a great place to live and raise a family.”

Steve’s history of coaching includes coaching his Tulsa Pride club for 14 years as well as winning 30 state championships. During his career he has also taken Oklahoma teams to numerous regional competitions and the national championship with his Tulsa Pride team in 1999.

Steve’s philosophy for coaching soccer combines hard work, dedication, and education. “Education, whether high school, technical school, or college, is the most important means to obtaining one’s goals. Soccer is a powerful tool in reaching those goals,” he says.